1) Covers earned premiums in non-life insurance, earned premiums in traditional life insurance, and payments and fee income from unit-linked insurance investors.
2) Assets under management correspond to assets with a deduction for the value of subsidiaries, and the addition of assets under management in Konsumentkooperationens pensionsstiftelse, Folksam LO Fond and Svenska Lärarfonder.
3) Investment assets for which the policyholders bear the risk.
4) Average for the period

Folksam total
Folksam is customer-owned and encompasses the two parent companies Folksam General and Folksam Life, plus subsidiaries. The parent company Folksam ömsesidig livförsäkring (Folksam Life), KPA Pensionsförsäkring AB (KPA Pension) and the Folksam ömsesidig sakförsäkring (Folksam General) Group are accounted for in the report. The parent companies and all subsidiaries are included under the “Folksam total” heading, with the adjustments stated in the footnotes below the table. The report has not been subject to review by Folksam’s auditors.

All Folksam companies continue to report good results. Growth in terms of both premium volume and assets under management was strong during the first quarter. Folksam’s financial strength has allowed for two major property investments during the first part of 2012. In mid-January, KPA Pension acquired 700 rental apartments from Staffanstorp municipality for SEK 545 million. At the end of April, the internationally renowned office building Kungsbrohuset in Stockholm city centre was acquired (70 per cent by KPA Pension and 30 per cent by Folksam Life) from Jernhusen for just over SEK 2.1 billion.

Folksam Life
Earned premiums for Folksam Life for the first quarter of 2012 increased by SEK 199 million compared to the same period the previous year, to SEK 2,237 (2,038) million. This positive trend is a consequence of factors including increased demand for traditional life insurance.

At 31 March 2012, the collective consolidation ratio for defined-contribution cooperative occupational pensions in Folksam Life totalled 113.9 (119.6) per cent, and for other business in Folksam Life, it was 115.4 (114.8) per cent.

In a Letter of Intent between the partly owned subsidiary Folksam LO Pension and Swedbank Robur from the middle of April, the right to manage four funds, Folksam LO Sverige, Folksam LO Västfonden, Folksam LO Obligation and Folksam LO Världen, was transferred.

KPA Pension
Earned premiums for KPA Pension for the first quarter of 2012 increased by SEK 844 million compared to the same period the previous year, to SEK 6,168 (5,324) million. The sharp increase is mainly due to the fact that more people have selected KPA Pension as their occupational pension company in the KAP-KL contractual area, either actively or by default as a secure option.

The obvious seasonal effect in premium volume is due to a large portion of premium payments within the KAP-KL contractual pension being made during the first quarter.

KPA Pensions uses a rate of return that stood at 1.5 (0.3) per cent during the first quarter of 2012. Rate of return means that all yield is distributed immediately after each quarter to investors’ accounts. For this reason, the consolidation ratio is always 100 per cent.

Folksam General
Folksam’s strong offering to customers in non-life insurance is paying off. The positive trend in premium volume during the first few months of the year is due to a combination of continued growth in the subsidiaries, greater corporate sales and some adjustments to premiums.

The total cost ratio improved compared to 2011. The reduction is due to a combination of adjustments to premiums, fewer claims incurred as a result of the milder winter, and one-off effects. Despite the milder winter, there is reason to continue monitoring the trend in claims costs.

The consolidation ratio (group), currently standing at 114.3 per cent, is continuing to rise. In view of its strong financial position, Folksam General (parent company) is planning a bonus programme starting from 2013.

On 29 February, as part of the expansion strategy in the Nordic region, 51 per cent of Aktia Skadeförsäkring AB was acquired. Aktia has net sales of EUR 70 million and mainly operates in the coastal area of Finland.

On 1 February the securities company Folksam Spar AB was sold to Indecap AB. At the same time, 20 per cent of Indecap AB was acquired.

About Folksam
Folksam is a customer-owned company. We offer insurance and pension investments. Almost one in two Swedes is insured with Folksam and we are one of Sweden’s biggest asset managers. Our vision is that people should feel secure in a sustainable world. Read more at www.folksam.se

Folksam is growing with increasingly satisfied customers “Folksam along with its subsidiaries showed continued strong economic strength in 2014. We took important steps on our way to a more modern financial institution. We are growing in virtually all areas at the same time as our customer satisfaction surveys show the highest levels ever. In addition,.... 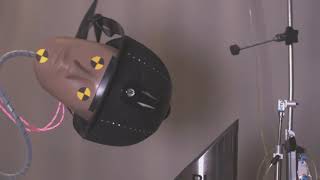 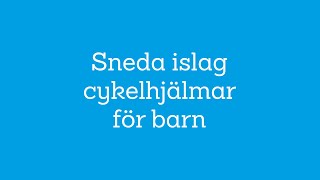