Big differences between bicycle helmets, and the price is not a decisive factor

International consumer tests of helmets, corresponding to the car crash tests performed by Euro NCAP, are needed to increase the safety level of bicycle helmets. Folksam’s latest bicycle helmet test shows a big difference in safety between different helmets, even though each one them fulfils the test standards and can be sold on the European market.

– We have conducted our tests since 2012 and we were the first to publish consumer tests of bicycle helmets that also mirrors what happens in a bicycle accident. Even though the development is progressing, many helmets fulfilling the test standards do not protect well enough in the event of a bicycle accident, says Helena Stigson, road safety researcher at Folksam and responsible for the tests.

According to the regulation for bicycle helmets that exists today allowing helmets to be sold on the European market, bicycle helmets are only tested for a translational impact, which reflects the helmet’s energy absorption capacity, but not how the brain is affected in the event of a bicycle accident. Unlike the test standards, Folksam’s tests are more comprehensive and more realistic because they also reflect the risk of sustaining a concussion by including oblique impacts, which in principle always is the case in a bicycle accident. In oblique impacts the head is subjected to rotational forces, which the brain is very sensitive to, and, therefore, injuries such as concussion or more severe brain injury may occur causing long-term consequences for the injured. Computer simulations were subsequently carried out to evaluate how well helmets reduce the risk for concussion in oblique impacts.

The method used for oblique impacts in Folksam’s test is also the one that is under discussion at the European level. Changing the safety standard (EN 1078) is a long process and cannot be expected to change within the next few years. Therefore, Folksam has now conducted the tests with support from the association Road Safety Trust in the UK to also increase the impact internationally with the aim to guide consumers to buy the safest bicycle helmets and to influence helmet design and the safety standard of helmets.

– Consumer tests like Folksam’s test are therefore important for driving the development of bicycle helmets. We are hoping that international consumer tests of helmets can be initiated, similar to Euro NCAP tests of vehicles. In this way, the safety standard of helmets can increase more rapidly, says Helena Stigson.

In total, 27 different helmets were included in this year’s test series. The price of helmets varies from 140 SEK to 3200 SEK and the results clearly show that the price is not always decisive for how well a helmet protects. Of the usual conventional helmets, Biltema’s bicycle helmet with MIPS had the best result. It was also one of the cheapest helmets tested.

Best of all, the airbag head protection Hövding 3.0 came out. It received by far the best test result both with regard to shock absorption and oblique impact performance. Compared to the worst helmet, there is more than seven times less risk of sustaining a concussion in case of a head impact if Hövding is used.

– In general, Folksam’s tests show that there is a large variation of the results between the helmets in the various tests and that there is thus potential to make them safer. All the seven conventional helmets that received our label “Recommended” have some form of protection for rotational loadings. But the fact that a helmet is fitted with rotational protection is no guarantee that it is a safe helmet. One of the helmets that comes out worst in the test has rotational protection, says Helena Stigson.

More information about the test

The entire test can be found at: www.folksam.se/cykelhjalmstest-vuxen

Facts about bicycle injuries in Sweden

Folksam Insurance Group has released the results of a consumer test of 14 common ski helmets in Sweden. The test shows that only three of these helmets protect well against concussions. They were awarded Folksam’s ‘Best in Test’ or ‘Good Choice’ label. Folksam has tested regular ski helmets and competition/race helmets for both children and.... 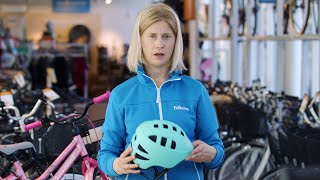 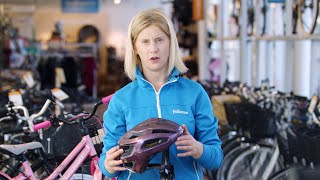